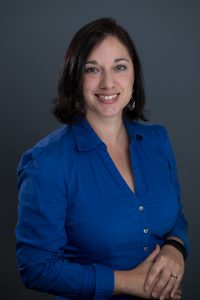 Oriana Sandoval has served as the CEO at the Center for Civic Policy (CCP) and the Co-Director of the New Mexico Civic Engagement Table since 2015.  A native of New Mexico, Oriana received her Bachelor of Arts in Diplomacy and World Affairs from Occidental College; a Masters in Public Policy from the UC Berkeley Goldman School of Public Policy; and a Juris Doctor from UC Berkeley School of Law.  She is currently an active member of the New Mexico Bar Association. She lives in Albuquerque with her husband, 5 year old son, and 2 year old daughter.

Oriana has worked on economic security, environmental justice, and civil rights issues for more than a decade. She clerked at the Center on Race Poverty and the Environment where she conducted research for litigation on climate change issues and cases involving the violation of air quality standards in California’s Central Valley.  Oriana also clerked at the Oakland, CA, Centro Legal de la Raza where she provided legal services to low-income community members in the areas of housing, employment and immigration.

In 2011, Oriana served as the founding Executive Director of New Mexico Vote Matters (NMVM), a non-profit organization committed to the empowerment and participation of historically disenfranchised communities in New Mexico.  NMVM assisted over 21,000 New Mexicans in registering to vote in 2012.

Melanie Aranda is the Chief Operating Officer and Founding Member of the Center for Civic Policy (CCP) and the Co-Director of the NM Civic Engagement Table. Melanie’s involvement in social justice issues began in 1995 as a volunteer for the Petroglyph National Monument Protection Coalition, a non-profit organization involved in the struggle for indigenous rights. Prior to founding CCP, Melanie served as Vice President of an ABQ based political consulting firm that helped elect local progressive leaders into office.  Melanie is also a small business owner for the last 13 years working with nonprofits, small businesses, and consultants to maintain accurate financial records.

A proud Chicana, Melanie Aranda currently lives in the South Valley with her husband James, her daughter Gloria, and Pit Bull Gizmo and 13 Southwestern Box Turtles.

Cellina Sedillo is the Administrative Assistant for the Center for Civic Policy. She is a Native New Mexican born and raised in the South Valley, where she still lives with her family. She is the proud mother of a fourteen year old daughter and twelve year old son. Before joining the team at CCP, Cellina worked at ABQ Pediatrics as a Pediatric Nurse. She is a veteran of the U.S. Army Reserves, where she served in the Hospital Unit. She is a member of Sacred Heart Church, along with her husband and children. 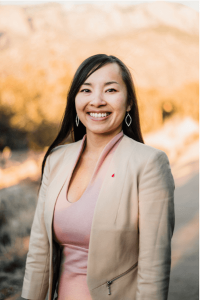 Lan Sena was diagnosed with Stage 4, Hodgkins lymphoma in 2011 and is currently undergoing treatment for her 2nd relapse. Since her diagnosis in 2011, she has advocated for policy changes to help fellow cancer patients and their families. Sena advocated for pre-existing conditions protections at the New Mexico state legislature and Medicaid Buy-In. She is a Founders Council member with United States of Care, a bipartisan group advocating for Healthcare policy changes that stop families from questioning bankruptcy or their care. Sena was appointed to Albuquerque City Council in March 2020, where she championed policies that help working families like zero fares for transit, language access, and paid sick leave. She served on Council until the end of 2021.

Lan Sena resides on the Westside with her husband, Joey, and four dogs – Sterling, Lobo, Mochi, and Izzy.

John Daniel serves as Senior Advisor at the Center for Civic Policy, specializing in research, civic engagement targeting and message development. John grew up in New Mexico, calling it home since 1958 when his family moved here from the midwest. Before coming to CCP in 2007, John was director of the NM Democratic Legislative Campaign Committee from 2004 through 2006, succeeding (now Senator) Martin Heinrich in that post. Throughout the 1990s, he worked as a speechwriter and policy advisor for the Commissioner of Public Lands, the Secretary of State, and the Mayor of Albuquerque. He was Political Director for the NM Progressive Political Action Committee from 1985 to 1990. His first campaign experience was in 1972 when, as a student at New Mexico State University, he worked as a volunteer on the McGovern for President campaign in Doña Ana County.

Sean just came off CA-10’s congressional campaign where he worked as a Digidem which could best be described as a swiss army knife of political technology. He’s been involved with local politics in Maryland since he was a teenager, starting off volunteering out in the polls and eventually working on a few State Senate seats and even a ballot referendum. He’s a pro at making cocktails thanks to years in the service industry and he will extremely judge all of your instagram food posts. Feel free to talk to him about data related strategy or why you didn’t buy enough butter on your last grocery trip.

Jim most recently served as a GOTV advisor to the UK Labour Party in the 2021 London City Hall elections and as the Detroit Field Director for the MI AFL-CIO in the 2020 cycle. Before the pandemic, he was Xochitl Torres-Small’s Field Director in 2018 and a part of Andrew Yang’s National Data Team. Imported from Detroit to New Mexico, he enjoys yoga, video games, cooking, & playing with his 3yr old black lab, Lucy.

Renée Beltran is the Southern NM Civic Engagement Coordinator. She was born and raised in Carrizozo, New Mexico, but has made Las Cruces and the southern borderlands her home for over 25 years.  Renée holds BA’s in English Literature and Journalism and an MA degree in Curriculum & Instruction, all from New Mexico State University. She continues to work as an English language instructor for Chinese students while also focusing on civic engagement matters and other issues that are critical for southern New Mexico. Renée has three children and is active in her Las Cruces, NM community with a variety of organizations.