What’s a more inclusive democracy worth to us? Is $25 too much to ask for a people-centered campaign finance and election system? The Journal Editorial Board, corporate lobbyists and the Koch network-funded Rio Grande Foundation think it is. They oppose Democracy Dollars, a common-sense proposal to give Albuquerque voters a bigger voice in who runs their city. The fact is they have it all wrong.

At the Center for Civic Policy – a nonpartisan, local nonprofit that works to motivate and ensure working people participate in our democracy, as voters and as candidates – we are proud that our state passed measures during the 2019 legislative session to encourage increased voter participation. Two such measures are especially welcome: allowing eligible voters in the upcoming municipal election to register or update their existing registration and cast their ballot on the same day, and automatically registering voters when they visit the Department of Motor Vehicles or other state offices.

Increasing voter participation is only part of the challenge of making our democracy stronger and more inclusive. Having candidates who represent the diversity of working people in our community is also a key part of the solution.

Democracy Dollars, an initiative on the Nov. 5 Albuquerque ballot, attempts to level the playing field in local politics by making it possible for more residents to participate in our democracy, regardless of income or network. Unfortunately, the Albuquerque Journal and some partisan officials have questioned the need for Democracy Dollars. I respectfully disagree and strongly support this community-driven initiative. Let me explain why.

In 2010, the Supreme Court’s Citizens United decision radically altered how political campaigns are funded in America. By giving corporations a green light to spend unlimited amounts of money to influence elections, that decision delivered a devastating blow to our democracy – the aftereffects of which we see played out today in the harmful policies coming from Washington.

A subsequent decision by the same Citizens United Court dealt campaign finance reform another blow in 2011, this time to Albuquerque’s public financing system. It stripped a key matching funds provision from our Open and Ethical Elections code, effectively putting publicly financed candidates at a huge disadvantage against opponents who rake in corporate and special interest money to underwrite their campaigns.

Democracy Dollars would help fill that gap and equalize races between publicly financed candidates and those funded by special interests. Despite the scare tactics, the proposal would not raise taxes because of the existing $3 million surplus in the Open and Clean Elections Fund.

Engaging people in the electoral process is hard enough. But when they see the corrosive effects of big money, they often feel like their voice and their vote doesn’t matter. One small way to restore faith in our elections is to give average voters the ability to support candidates who reject contributions from big special interests. Democracy Dollar coupons would help achieve this goal.

Today, we find our elections are under assault from both malign actors from abroad and self-serving politicians who enact voter suppression laws. In response, we should do everything in our power to increase access to the ballot and invite more voters to join our democratic process. Democracy Dollars is an innovative way to give voters a stake in local elections.

Often, the best solutions are local ones. City leaders and a broad-based coalition of community organizations that work on civic engagement, voter registration, and economic and social justice issues gathered 28,000 signatures from Albuquerque voters to place the Democracy Dollars initiative on the ballot. That is grass-roots democracy in action. So, rather than being thwarted by fear tactics and baseless claims of tax increases, we should honor the will and energy of voters. I urge Albuquerque voters to vote “yes” on Proposition 2 – Democracy Dollars.

Categories: In The News 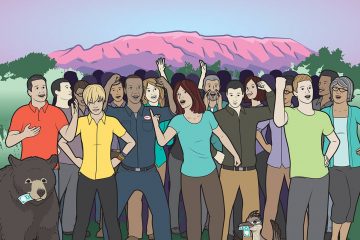